How To Hunt Deer?

Deer hunting is a great way to spend time with your friends and family, but it can be hard to learn how to hunt deer. It’s common for hunters not to have the right equipment or knowledge. This makes it difficult for them to enjoy their favorite hobby.

Our deer hunting guide will help you to learn how to hunt deer?. We’ll show you everything from how much ammo you need, what gear works best, and where the best places are so that you don’t waste time wandering about in the wilderness.

How To Hunt A Deer: Steps To Be Followed For Successful Kill

1. Understand The Difference Between Deer And Elk

Hunters often confuse elk and deer. These animals are both large mammals, but they have several significant differences that should not be ignored. Deer grow to weigh 100-250 pounds, with males being larger than females on average, while elks can range from 350-700lb in size depending on the sex (and age).

Another difference is their antlers; Elk tend to grow much bigger racks because there’s no velvet covering for them as it does with other species such as white-tailed deer or red stag bucks. Even though deer have a shorter lifespan than their cousins (elks), it is still possible for them to live up until 20 years old.

Elk can be found in North America and inhabit forests or grasslands where there is a moderate amount of moisture. They tend to feed on trees such as willows, alders, birches, maples, etc., unlike their cousins who prefer eating plants from the lower ground like ferns and sedges.

2. Collect The Gear You Need To Hunt A Deer

What hunting equipment would one typically use when out on the search for big game such as deer? There are many types of weapons available in different categories. However, I will focus on firearms and bows because they can be used year-round with various degrees of success depending upon your skill level.

An advantage that guns have over bows is their ability to take down animals at any distance under 400 yards. However, a disadvantage is a noise that may spook some more skittish breeds like whitetails and antelope who might not come within shooting range from hunters standing still yet alone stalking them.

For the best chance of success, it’s essential to choose your gear wisely. Some items that are often recommended for deer hunting include ;

Finally, before going out into the woods, makes sure that your rifle is loaded. If not, then load it with bullets. Ensure that you have extra ammunition on hand if something happens, like running out or hitting a target but still having more bullets left over for another time.

3. Find A Spot To Hunt That Has Ample Cover For You 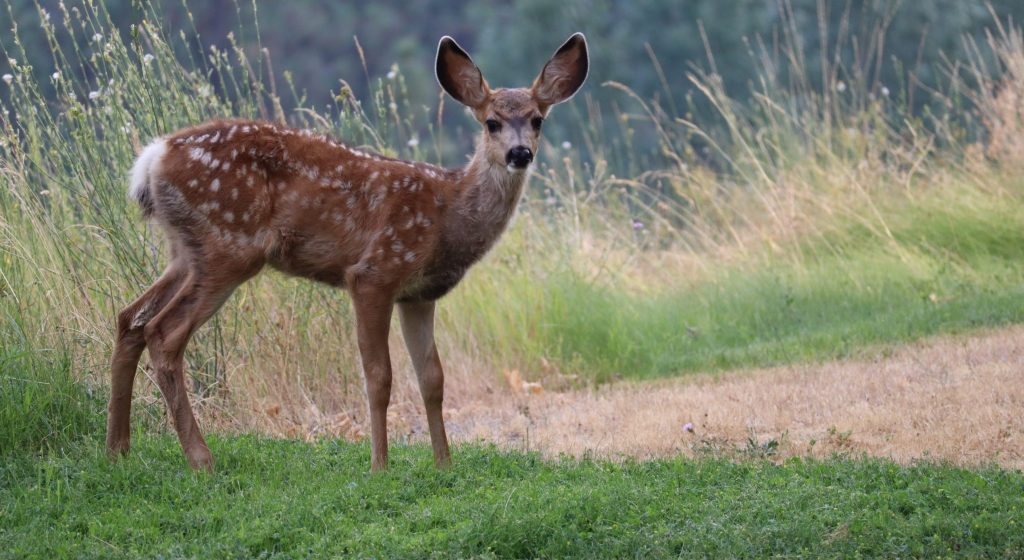 Hunting can be difficult, especially when your prey has superior senses to yours.

The deer are smart, and you need to outsmart them. Find a spot with plenty of covers that they can’t see through. It’ll be easy for you to sneak up on the unsuspecting creature, but beware because these little guys have good ears. If their hearing is just as sharp, then get ready for an epic hunt.

If there are no trees or bushes nearby to camouflage yourself? Hiding your scent is vital when you want to hunt a deer.  Here are some ways:  – Cover yourself in mud; this will cover up any human smell you may have left behind on your clothes or skin.  – Rub dirt into your boots before you start walking through the forest; this will help mask your tracks as well as any other human scents tracked by the deer’s nose on its way towards water sources and food habitats.

4. Consider Where The Deer Are Feeding, Drinking, Or Bedding

If you’re hunting deer and don’t know how to hunt deer, it’s essential to know where they feed, drink and bed. This will help increase your chances of finding one in the wild with relative ease.

If you’re looking to catch a deer, consider where they go during the day. Deer typically feed for about 3 hours in the morning and evening before bedding down or drinking water. If your hunting trip takes place at night time be sure to have an active flashlight with plenty of batteries as well as some motion-detecting devices like infrared LED lights so that it’ll notify you when one is nearby 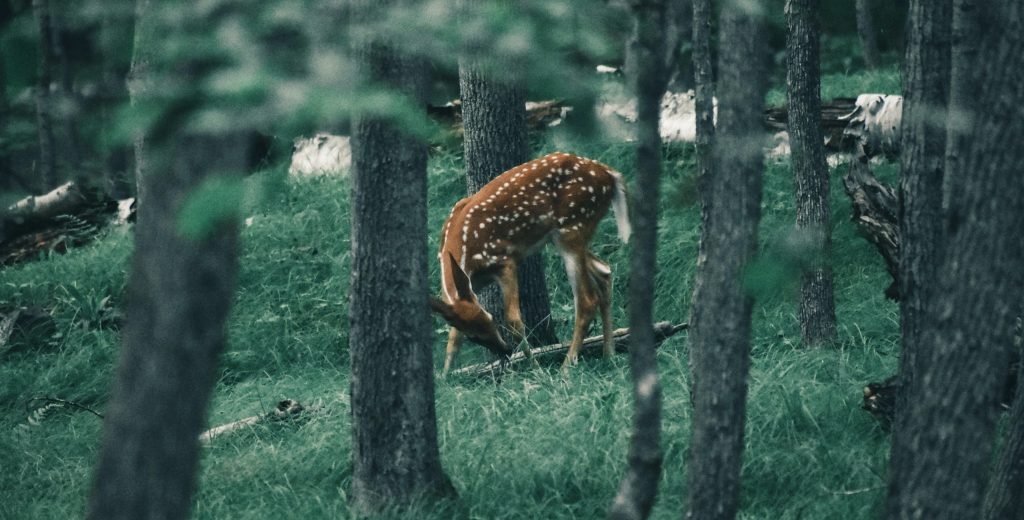 Deer will usually feed in open areas with lots of vegetation or near water sources such as rivers and streams because they need them most often. This means that you can find them using these clues.

5. Identify Which Time Of Day Is Best For Hunting Based On Your Location

If you live in the Southern Hemisphere, the dawn is better for hunting since it falls when deer have more limited visibility. However, if you are located on either side of the equator – morning or evening will be best to capture your prey. At these times, there’s less light, which can make it harder for animals such as deer to see and identify their predators from far away distances.

To hunt deer, it is best to know the time of day that they are most active. In addition, you need to be aware of your location and what terrain predominates in an area to do this.

Generally speaking, there are two types: forested (that has trees) or prairie/grassland areas with no trees at all. While hunting for game, animals such as deer may vary somewhat based on these factors. Generally, one can assume that morning hours will yield more successful hunts when targeting white-tailed deer because their sleep patterns have not yet been established.

Deer are notoriously challenging to hunt. If you want a shot at bagging one, though, make sure that you have ample coverage for yourself first. This is because so many factors go into hunting – from the type of weapon and location, your strategy for approaching or sneaking up on an animal, wearing appropriate camouflage clothing. Don’t forget about face paint too.

Hunting during the day is challenging and surprisingly easy to spot. While traditional camouflage clothing can work, you’re better off trying out a different approach, like wearing clothes in colors that match your surroundings or painting your face with mud, so it blends with tree bark and leaves on the ground. 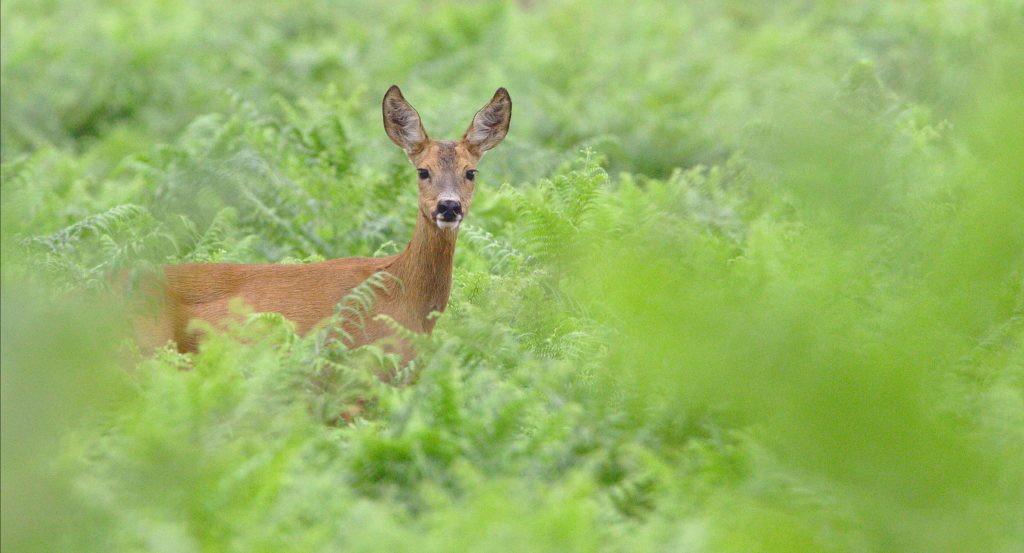 To make sure you get closer without being seen by some prey animals like bears (or hunters), use green-brown colors in areas with lots of foliage around. When using more populated terrain with less natural coverings such as snowfall, blue tones work better because they blend well against any sky backdrop.

7. Shoot It, Clean It, And Prepare It For Cooking

The deer is a tricky animal to hunt. It has excellent senses and can sprint, so you must develop an appropriate strategy before setting off your mission. Try hunting from long range if possible to avoid the risk of being injured by one of its antlers or hooves.

The best way to hunt deer is by creeping up on them slowly. You do not want the animal to know you are there, and some animals may be spooked easily if they hear or see movement nearby of their position. If an animal senses that it’s being hunted, its instinct will take over, and it’ll run away as fast as possible. Therefore one must creep steadily towards prey without scaring them into flight before getting close enough with a bow for an accurate shot at point-blank range.

It might seem odd to think that deer meat would have a distinctive taste, but this is not the case. The most important thing when cooking deer meat for your family and friends is how you prepare it. Cleaning of the raw venison can be done in three easy steps:

Hunters have to do a lot of work before they can bring the deer home. The first step is gutting and skinning, which may sound unappetizing, but it’s pretty easy since these tasks are typically done in one motion with your hands or knife.

Finally, hunters cut off as much fat as possible, then rub some salt over them for flavor, so you don’t taste anything other than delicious meat when eating this fantastic feast.

How do you hunt nocturnal deer?

The use of blind and bait is the best way to hunt nocturnal deer. This gives no known clue about the hunters.

What happens if you shoot a deer at night?

A deer dies or gets injured whenever it is been shot at, no matter what time of the day it is. When a deer is shot at, at night it is either injured or dead. This can also be a crime in an area that has restrictions on deer hunting and shooting at night.

Can you kill deer at night?

Yes, deer can be killed at night. Deer come out at night and this makes them easy prey during the night. If night hunting is legal in your area then you can kill a deer at night.

Deer hunting is a sport that many people enjoy, both for the challenge and fresh meat. However, whether you are new to deer hunting or have been doing it your entire life, there are some essential things you should know before heading out into the field.

We’ve provided information on how to hunt deer and how to identify potential prey from afar using animal tracks, as well as tips for selecting equipment such as rifles and ammunition. If you want more in-depth information about deer hunting, be sure to visit our site regularly.